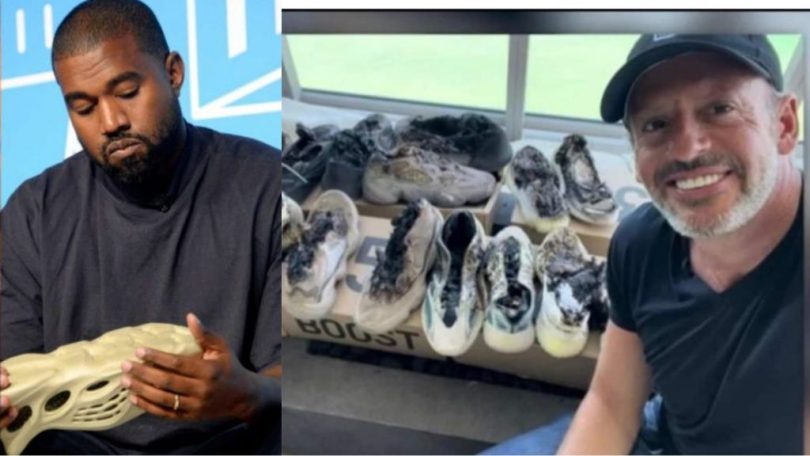 In a recent online video, a Florida man identified as Daniel Schiff has decided to burn all pairs of Yeezys he has bought so far.

According to Daniel, he is burning the Yeezys because of the rapper, Kanye West’s anti-Semitic comments which he recently made.

Daniel Schiff is a jew and feels insulted by Ye’s comments. In the video, Schiff said, “Adidas has finally woken up and dropped Kanye West. So here I go burning my ninth pair.”

Schiff also disclosed that he got upset after hearing what Kanye said. “When someone with a platform as big as West, uses it to spread hate, it is unacceptable,” he continued.

H promised to donate triple the value of every shoe he burns to charity. He has also urged others to burn their Yeezys and support his campaign.

“For every shoe, I burn, two new shoes will go to charity. They will get new shoes or the money,” he said.

As the fallout continues from Kanye West’s racist and antisemitic comments, now some fans are turning on the rapper. Danny Shiff, from Miami, Florida, posted several videos on TikTok showing him burning his Yeezy collection. pic.twitter.com/3CHiWTcqOw

After the comments made by Kanye, Adidas decided to drop its contract with the rapper. In his recent Instagram post, Ye wrote, he lost billions but he is still alive.